The impact of current transformational processes on language and ethnic identity: Urum and Pontic Greeks in Georgia 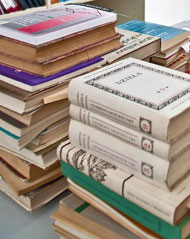 The current socio-economic transformational processes in the Caucasus heavily influence the linguistic practice and ethnic identity of the communities in this region. The project focuses on two communities that share a common ethnic identity, but use different languages. They therefore constitute an ideal minimal pair for the study of the relation between language and ethnic identity, as well as their complex interaction with current transformational processes. The aim of this project is to study the languages used by members of these groups in three idealized stages (homeland; targets of internal migration; targets of emigration in the European Union), so as to gain an understanding of current developments and to observe their impact on language use and on the communicative practices employed for the constitution of group identities.The project will compile a multimedia corpus including a collection of culturally relevant texts that responds to the desire of members of the groups being investigated for the documentation of their linguistic and cultural heritage. Furthermore, the project will culminate in four Ph.D. dissertations (one at European University Viadrina and three at Ivane Javakhishvili Tbilisi State University) and two postdoctoral studies (one at the University of Bielefeld and another at Ivane Javakhishvili Tbilisi State University).