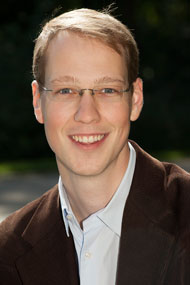 The range of my scholarly work stretches from the 18th to the 21th century, from the literature of the German Enlightenment period to present-day Jewish and migrant writers. In my research I engage with the philosophy and literature of friendship (Friendship Studies), the literary works by Shoah survivors, the German culture of remembrance after 1945, autobiographical writings, as well as the correlation of mediality and memory. Other fields of interest are the literature of migration as well as the representation of German Nazi history and its repercussions in film and other media. Moreover, I am fascinated by the intellectual span of 20th century literary theory – by the works of Saussure, the Russian Formalists, Foucault, Derrida, Barthes, and others. The same interest draws me to a transnational perspective on literary discourse that is also manifest in the research group „Literary Practices of Entanglement: Jewish Writing in the European Diaspora (19th and 20th Century)“ which I head at the Selma Stern Center for Literary Studies Berlin-Brandenburg.

My current postdoc project (Habilitation) is entitled: Precarious Practices of Friendship Between Jewish and non-Jewish Authors Since the German Enlightenment: Politics and Aesthetics. In this project I deal with friendships between Jewish and non-Jewish writers and intellectuals such as, among others, Mendelssohn and Lessing in the 18th, Fanny Lewald and Therese von Bacheracht in the 19th, and Hannah Arendt and Karl Jaspers in the 20th century. One of my key questions is what these attempted friendships can tell us about the authors and their relationships, but also about the cultural context of Jewish-non-Jewish encounters from the age of Enlightenment to the 20th century.