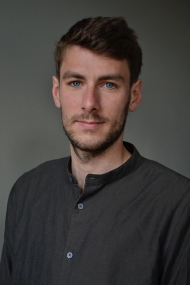 In the context of my research, I am particularly interested in the German-Jewish literary and cultural history in the 19th and 20th centuries. I am likewise engaged in the history of critical theory and its effects, as well as in new approaches to the history of the entangled European literature and issues of inter- and transculturality.
Currently I am a doctoral candidate at the chair and at the Selma Stern Center for Jewish Studies Berlin-Brandenburg. Since September 2018, I am working on my dissertation within the research group "Literary Practices of Interdependence: Jewish Writing in the European Diaspora (19th Century and 20th Century)" under the direction of postdoc Dr. Andree Michaelis-König and in the research field "Diaspora - Migration - Transnationality". I am therefore investigating aspects and constellations of writing in the diaspora on the basis of the work and influence of the Prague writer and musician Hermann Grab.
In a case study on Hermann Grab, my dissertation focuses specifically on practices of Jewish writing that cannot be traced back exclusively to individual national affiliations and poetics. It can rather be described as a contradictory complex, which is to be depicted based on thoughts on Jewish existence in the Diaspora. Especially in Central and Eastern Europe this complex is related by multiple cultural influences, why can be seen in the places of Grabs work: in Prague, Vienna, Heidelberg and New York. As an author and musician his work was determined by Jewish as well as non-Jewish, German, Czech and Austrian realities.