On February 8th, 2023, the consultation hour has to be rescheduled from 4:30 p.m. to 5:30 p.m. I ask you to take note of this.
This applies from October 26th, 2022. Prof. Minkenberg's office hours during lecture time are on Wednesdays
from 3.30 p.m. to 4.30 p.m. You can register at sekretariat-minkenberg@europa-uni.de. Registration closes
at 11.59 a.m. on the day before the office hour.
Mr. Minkenberg will be in his office at Viadrina University, HG 015. If someone wants to have the consultation online, one has to give his university e-mail address when registering, then Mr. Minkenberg conducts the consultation hour via video connection. 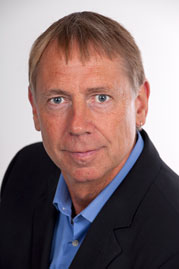 Michael Minkenberg, Dr. phil. habil., born in 1959, is professor of political science at European University Viadrina in Frankfurt (Oder). From 2007-10 he held the Max Weber Chair for German and European Studies at NYU. He has received his M.A. in American Government from Georgetown University in 1984 and his Ph.D. in Political Science from the University of Heidelberg in 1989. He has taught comparative politics at the universities of Göttingen and Heidelberg, at Cornell University and Columbia University.

Professor Minkenberg's research interests include the radical right in liberal democracies; immigration, nationalism and the politics of citizenship; and the relationship between religion and politics in Western societies