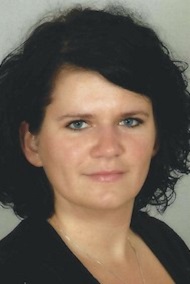 Since 2018 I have been working as a Research Coordinator for the Research and Digitization Project “Digital Archive of Jewish Authors in Berlin 1933-1945” (DAjAB). In the three years of the first funding phase, 2014-2017, I worked for this Research Project as a Graduate Assistant. Prior to this I participated, among other things, in the project “Traces of German-Jewish History in Israel: Preservation and Research” of the Deutsches Literaturarchiv Marbach and the Franz Rosenzweig Minerva Research Center at the Hebrew University of Jerusalem and assisted in the arrangement and description of the papers of Heinrich Loewe at Sha’ar Zion Beit Ariela Public Library in Tel Aviv. From 2019 onwards, I have also been working as Research Associate at the chair.

In my current research project, which straddles the disciplines of history of philosophy, history of literature and cultural history, I focus on the life and works of Leo Lowenthal, who was born in Frankfurt am Main in 1900 and died in Berkeley in 1993. The aim of this research project is to revise the role Lowenthal had previously been assigned in the reception of Critical Theory. This is done by means of an overall presentation in which, in addition to biographical moments and the historical-political context, the complexity of Lowenthal's work is taken into account, i.e. also all those (unpublished) works are considered that were written before, alongside or after his work at the Institute of Social Research (1926/30-1949). The thesis is supervised by Prof. Dr. Anne Eusterschulte (FU Berlin) and Prof. Dr. Miriam Rürup (Moses Mendelssohn Zentrum für europäisch-jüdische Studien Potsdam) and was funded by the Hans Böckler Foundation until 2017. This is an extension and expansion of my master’s thesis in which I delineated Lowenthal’s relevance regarding Anti-Semitism as understood through Critical Theory.