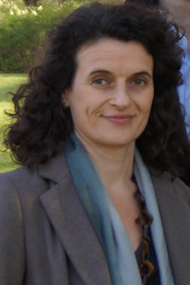 The focus of my academic work is on the history of science, intellectuals and concepts in modernity, European-Jewish history from the 18th to the 20th century, and the research field of literature and history.

My recently completed habilitation project compares significant cultural self-designs in Cold War Europe, focusing on history and literature as central discourses of national identity constructions. How did historians and literary scholars determine the 'place' in which European societies saw themselves in the post-war period and which they attempted to (culturally) historically legitimise in the East-West field of tension between competing ideas of political and social order? By way of example, I have chosen the work of one historian and one literary scholar from France, Germany and Poland, each of whom played an important role in the academic negotiation processes of the first two post-war decades (the fact that there are no women among them is a result of the male dominance in the academic systems of the time): Fernand Braudel and Robert Minder (France), Werner Conze and Ernst Robert Curtius (FRG), Walter Markov and Werner Krauss (GDR) and Oskar Halecki and Czesław Miłosz (Poland and us exile respectively). The result is that, judging by the work of these eight scholars, Europe up to the 1960s was far more concerned with social and cultural-historical self-exploration than with an orientation towards the world powers that now dominated it. In their texts, one encounters far more an undivided Europe than a Cold War. What they experienced was, in their eyes, part of a crisis of specifically European origin that characterised the 20th century as a whole, and they continued to declare themselves jointly responsible for overcoming it. This makes it clear that one must break away from the dominant image of the iron curtain when it comes to the history of European humanities and cultural studies in the system conflict.

I am currently working with my two colleagues Ernst Müller and Falko Schmieder at the Leibniz Centre for Literary and Cultural Research on the publication of an encyclopaedia on political-social semantics in 20th century Germany entitled Das 20. Jahrhundert in Grundbegriffen.